Leading and Learning in wash

Founder of the Rollins School of Public Health and the Center for Global Safe Water, Sanitation, and Hygiene at Emory

I am writing to share the sobering news that our longtime friend and colleague, Dr. Eugene J. Gangarosa, passed away on August 11 at the age of 96.

Though I did not get the chance to know him personally, it is clear that he was part of the founding fabric of this school and a true hero of public health. He was greatly beloved here at Rollins and I am so sorry to hear of his passing.

Dr. Gangarosa began teaching in Emory’s Master of Community Health Program (the precursor of the MPH program) in 1975 when it was first established by Emory. As director of the MPH program from 1983-1990, Dr. Gangarosa worked to build the MPH program, and paved the way for the founding of Emory’s first new school in 72 years in 1990. To honor his legacy, the Department of Environmental Health was named in his honor in 2020. Up until recently, Dr. Gangarosa taught the occasional class at Rollins in his role as emeritus professor and was actively involved with the Center for Global Safe Water, Sanitation, and Hygiene—a center that he helped establish.

During his service in World War II, Dr. Gangarosa worked to rebuild water and sanitation systems in Naples, Italy. His interest in medicine and enteric pathogens took him to Walter Reed Army Institute of Research, where his intestinal biopsy studies are credited with the widespread adoption of rehydration therapy, which has dramatically influenced the standard operating procedure for treating cholera and saves approximately 1 million children a year. His various public health roles have included serving as director of the University of Maryland’s Pakistan Medical Research Center, working in various leadership positions at the Centers for Disease Control and Prevention which included leading the Epidemic Intelligence Service, and serving as dean of public health at the American University of Beirut.

He and his wife, Rose, have been married more than 70 years and spent much of their lives traveling the world and advocating for public health through philanthropy. The Gangarosas’ many gifts to the Rollins School of Public Health include the school’s first global field experience fund, three endowed distinguished professorships, a scholarship fund, and an unrestricted endowment for the Gangarosa Department of Environmental Health.

He will be dearly missed, and we are grateful for the impact he has made on us all. Please keep Dr. Gangarosa’s family in your thoughts during this difficult time. I will send along memorial information as soon as it is available.

Emory’s Faculty Staff Assistance Program is available for counseling and emotional support services for those who may be feeling overwhelmed by this sudden loss. http://www.fsap.emory.edu/emotional-physical-health/index.html.

With sympathy and gratitude, 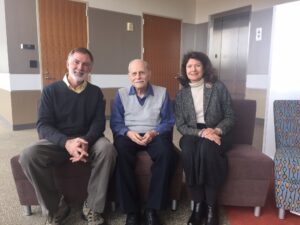 The Center for Global Safe Water (now Center for Global Safe WASH) was founded in 2004, with the support and generosity of Dr. Eugene J. and Rose Gangarosa.  Designed to address the critical public health problems attributed to lack of safe water, access to sanitation, and adequate personal hygiene in the developing world, the CGSW acts as an intersecting point for research, training, collaboration, and advocacy.

As a renowned physician, research scientist, educator, leader, and philanthropist, Dr. Gangarosa’s career in public health has spanned over fifty years. He is a physician internist with specialty training in the clinical, laboratory, epidemiological, and public health aspects of infectious diseases. He received his medical degree and a master’s degree in medical microbiology from the University of Rochester in Rochester, NY. 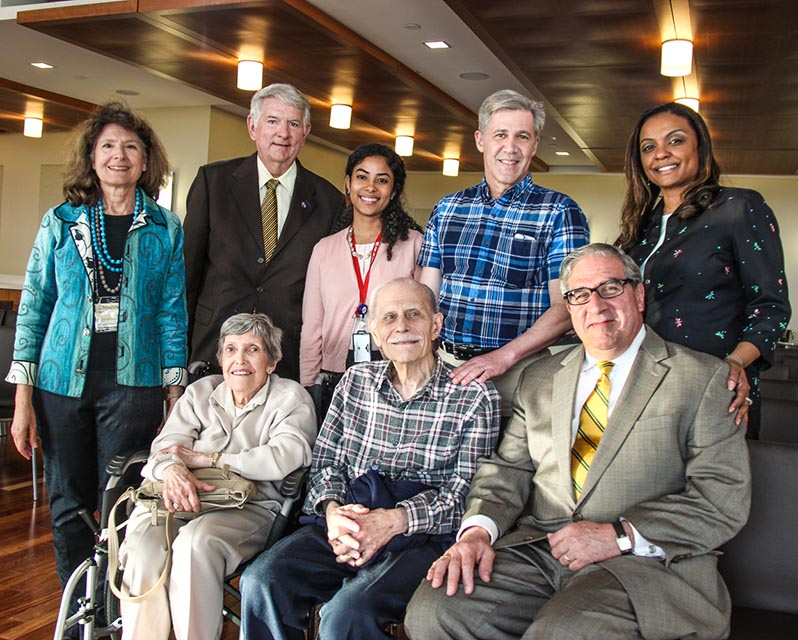 Dr. Gangarosa continues to serve as an Emeritus Professor in the Hubert Department of Global Health, Rollins School of Public Health of Emory University. He is an internist with Fellowship status in the American College of Physicians.

His career has focused on intestinal infections, starting with a landmark 1959 study of the pathophysiology of cholera, which played an important early role in the development of oral rehydration therapy and which first identified what is now recognized as the major health problem called tropical enteropathy. More recently, he has helped develop and study safe water vessels designed for disinfection at the household level.

He served at (1) the Walter Reed Army Institute of Research, where his histological studies of the gut disproved longstanding dogma that the intestinal epithelium sloughs during cholera; (2) the University of Maryland School of Medicine in the Departments of Microbiology and Medicine, where he was Director of the Pakistan Medical Research Center in Lahore, Pakistan; (3) the Centers for Disease Control and Prevention (CDC), where he was Director of the Epidemic Intelligence Services, Chief of the Enteric Diseases Branch and Deputy Director of the Bacterial Diseases Division, and (4) the American University of Beirut, where he was the first Dean of the Faculty of Health Sciences, restoring a renowned School of Public Health despite intense disruption during the Lebanese Civil War. He was then appointed Professor of Medicine at Emory University’s School of Medicine, continuing ongoing research with the World Health Organization and the Enteric Diseases Branch at the CDC.  With important support from CDC from 1982-1990, Dr. Gangarosa played an important role in establishing the Emory School of Public Health.

Dr. Gangarosa’s awards and distinctions are numerous. In “recognition of his scientific contributions” he received CDC’s Medal of Excellence, its highest award for “advancing the knowledge of the epidemiology, etiology, pathogenesis, treatment, and control of enteric diseases”. For his contributions at Emory University, he received the University’s highest honor, the Thomas Jefferson Award, for “building the public health presence at Emory”.  More recently, he received the University of Rochester’s Humanitarian Award, the American Public Health Association’s Distinguished Lectureship, and the Wade Hampton Frost Award. He is also the CEO of the Gangarosa International Health Foundation whose purpose is to promote safe water and sanitation for those most in need.

Rose Salamone Gangarosa is a retired educator who received her BS degree from Nazareth College in Rochester, NY. She attended the Eastman School of Music and taught piano performance in a college course and to private students. She taught high school English and served as Principal of the Lahore American School in Lahore, Pakistan. She volunteered as a librarian at the American University of Beirut’s School of Agriculture. She is a Board Member of the Gangarosa International Health Foundation working with nongovernmental health organizations promoting safe water and sanitation.